Brown is the New Green!

Thursday, December 30, 2010
Going Green!
This morning I decided to “go green” for breakfast, Green Smoothie that is!
I can’t think of smoothie without thinking of Lynn Rogers. While we were filming The Bearwalker documentary , we lived with biologist, Dr. Lynn Rogers. Lynn loves green smoothies and drinks them everyday. Disgusting concoctions usually made from purple grape juice and bags upon bags of out-of-date Caesar salad kits or spinach which the local grocer was throwing away. Usually he tossed the cheese, crouton, dressing packs which came with the kits before he started blending but we have witnessed them going into the drink as well! 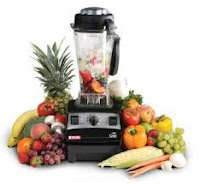 Ok, enough about that, how about MY smoothie!! I’m all fired up to use the blender David gave me for Christmas, every vegetarian’s dream, a VITAMIX!!  Isn’t it gorgeous??!! I can't wait to make so many things in the Vitamix, I hear you can even make soup in it! It whirls around so fast that it heats up the contents. 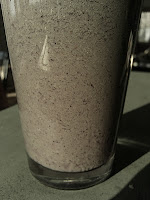 I have a new bag of baby spinach and so that’s a good start, what else? Frozen banana, some frozen blueberries?? I’m all about using what I have on hand and what needs to be used so recipes often do not work for me. Oh Wait, I have some frozen spinach, the bag has been opened so it needs to be used! Great, that will leave the fresh spinach for another meal. There is some almond milk too, needs to be used, and here’s some pomegranate juice! Into the blender it goes. After a bit of a struggle due to the fact that all of the frozen stuff was stopping up the blender (I had to add more almond milk) WA LA, a smoothie! Except, it’s not GREEN!! It looks more like chocolate!! How does it taste??  OMG it tastes a lot better than it looks, which isn’t really too bad, is it??
SO, for the smoothie recipe:
Take whatever you have that’s green and needs to be used up, combine it with some other stuff in the blender and process! For those of you who would like a bit more structure:

Brown is Green Smoothie
Ingredients:
1c. frozen spinach or ½ bag fresh baby spinach
1c. berries  fresh or frozen
½   banana, fresh or frozen
2c. almond or other non-dairy milk OR juice of your choice OR mix of juice & milk
Method:
Process on low variable speed increasing to high speed, process for 60 sec. You should have smoothie enough to feed a baseball team! (or at least 3 people)
Today’s Affirmations: Green is Healthy Green is Yummy Green is Healing… Brown is the new Green???
For more about Green Smoothies, a lot more: http://www.greensmoothie.com/blend/green.html