I was unsure about where to begin this post. So much has happened this week and thoughts of blog have been absent, I admit. However, when I saw Dr. John McDougall's October Newsletter, I had write something in hopes it might fall upon eyes which would otherwise not read it.
But FIRST:
I have re-located to my beloved coastal Georgia just in time to escape Hurricane or Post Tropical Cyclone SANDY, leaving Maine on Sunday and flying directly over the monster storm. My family, most of whom reside on the New Jersey shore, some in NYC and a few more in the storm's westerly path, did not have it so easy. Everyone is accounted for and homes are still standing but the days and weeks to come will have them processing what has really happened around them, in their towns and to their closest friends and I send them much love and pray they have the strength that is required (I'm sure they do). God Bless you brothers and sisters, cousins and neighbors and friends.

NOW THIS:
I just received the latest McDougall Newsletter. I look forward to Dr. McD's monthly rants, informative articles and awesome recipes from Mary or guest chefs. This month, John pays homage to George McGovern who passed away on Oct. 21. I vaguely remember when Sen. McGovern ran for president against Richard Nixon in 1972, we know what happened in that election. But, what I did not know, and what Dr. McD writes about in his latest newsletter is Senator McGovern's concern for public health and the food we eat or rather, should eat. McGovern was re-elected to the senate 1974 and during his years as a senator, from 1968 - 1980 he was involved in many issues related to agriculture, nutrition, and hunger. Here is an excerpt from the 1977 Dietary Goals for the United States. You can read more from the report as well as Dr. McD's comments HERE

FEBRUARY 1977
Printed for the use of the Select Committee on Nutrition and Human Needs
U.S. GOVERNMENT PRINTING OFFICE
WASHINGTON, D.C.: 1977
As a nation we have come to believe that medicine and medical technology can solve our major health problems. The role of such important factors as diet in cancer and heart disease has long been obscured by the emphasis on the conquest of these diseases through the miracles of modern medicine. Treatment not prevention, has been the order of the day.
The problems can never be solved merely by more and more medical care. The health of individuals and the health of the population is determined by a variety of biological (host), behavioral, sociocultural and environmental factors. None of these is more important than the food we eat. This simple fact and the importance of diet in health and disease is clearly recognized in Dietary Goals for the United States. 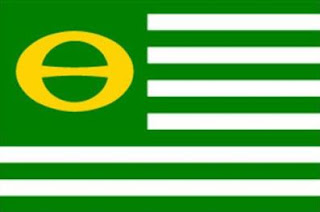 I was floored by reading this. That was 1977! It reminds me of how close we were to addressing & resolving so many issues at hand in 1977 which we still have unresolved, even mushroomed out of control TODAY! In 1977, I went off to college hoping to be a part of a country changing for the better. The Environmental movement was in full swing. I held that flag and waved it high choosing Environmental Science as my major. I thought we could change the world for the better; recycling, growing our own food, eating closer to home and reducing consumption, those were our mantras. Get outdoors and enjoy nature, protect and preserve the Mother, reduce the use of petroleum! WHAT HAPPENED??
Please read Dr. McDougall's newsletter to learn more.

Slainte!
Sláinte is a word literally translating as "health"