August 26 - 31 is World Water Week and the focus of this year's conference held in Stockholm, Sweden is Water and Food Security.

My niece Andrea, sister to guest blogger Brianna, is a busy scientist at the Institute of Marine & Coastal Sciences in Sandy Hook, NJ. Earlier in her career, Andrea did a stint in Americorps NJ's Watershed Ambassador Program where she shared information about our valuable FINITE resource; WATER. Andrea has much to say about our the fresh water supply and what might happen in the future if we do not take heed.  One of the important shifts which Andrea learned would help conserve our drinking & irrigation water supplies is adopting a plant-based diet.

Originally I had hoped Andrea would write a guest post for this blog about water and switching to a plant-based diet but her current busy schedule as Communications Coordinator at IMCS will not allow her time to be a guest blogger so I took the chance and decided to write this H2O post myself. I've included an article which I stumbled upon yesterday. It just seems the timing is right for this post NOW due to the fact that we are in the midst of World Water Week and also will soon be experiencing an increase in food prices due to the drought in our Nation's Bread Basket. Roughly 80% of the corn and soybean crops affected by the drought are grown for animal feed. Did you realize it takes 1500 liters of water to grow one kilo of wheat but it takes 15000 liters of water to grow one kilo of Beef!


Andrea's partner, Ehren, works at the lab in the Fisheries area, mapping and studying key species including Summer and Winter Flounder or Fluke. Shifting to a plant-based diet would also have a positive impact on our fisheries as many populations continue to crash due to over fishing (because of increased demand) and changes in habitat and climate change issues.

Below is the article which prompted this post. Note the links to articles which contain even more compelling reasons to cut animal consumption:

STOCKHOLM—The Stockholm International Water Institute released a new report that revealed there will not be enough water available on current croplands to produce food for the expected population in 2050 if we follow current trends and changes toward diets common in Western nations. Currently, humans consume about 20% of their protein from animal-based foods; however, the report predicts animal-based proteins will need to be slashed to 5% in order to feed a growing population.

Authored by a dozen experts from SIWI, the Food and Agriculture Organizations of the United Nations (FAO) and the International Water Management Institute (IWMI), the report provides new evidence that shows how continuing current trends in food production could lead to increased shortages and intense competition for scarce water resources in many regions across the world.
The report notes that 900 million people are hungry and 2 billion more people are undernourished in spite of the fact that per capita production continues to increase. With 70% of all water withdrawals used in agriculture, growing more food to feed an additional 2 billion people by 2050 will place greater pressure on available water and land.
"Feeding everyone well is a primary challenge for this century. Overeating, undernourishment and waste are all on the rise and increased food production may face future constraints from water scarcity," said report editor Dr. Anders Jägerskog. "We will need a new recipe to feed the world in the future."
The authors spotlight a number of essential and largely overlooked challenges where dedicated action can help ensure food security to a growing global population with available water resources. These include improvements in on-farm water efficiency, reductions in losses and waste in the food supply chain, enhanced response networks to early warning systems for agricultural emergencies, and increased investment to close the gender gap in agricultural production.
Earlier this year, a study from the Woods Hold Research Center suggested cutting meat consumption by 50% per person by 2050 will stabilize the amount of nitrous oxide (N2O) in the atmosphere. 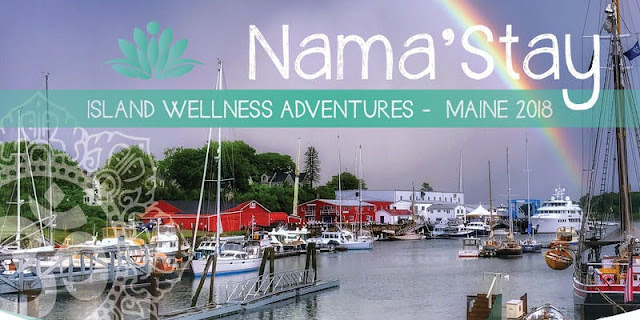